Shit Happens: It’s Not As Difficult As You Think

“Shit happens.” That is something no one can deny. Most often, it happens when you are either least expecting it or when you can least afford it.

This conversation is not for everyone. They are shit-shy and this talk will be very frank. It will also be quite short as there is no point in beating around the bush.

In This Life You Will Meet Them

In life, you will meet all kinds of people handling shit. Some do it to get ahead. Others to cause trouble – deliberately or mindlessly. And then there are those who just do it and move on.

Ahmed Mostafa says, “It’s not the shit we face that defines us, it’s how we deal with it.” That is exactly the point of our conversation – how you handle shit.

Unless you are living under a rock, you will interact with one of the three shitty people in focus here. They are:

Over my lifetime and more recently, I met the first two a few times. If you are on any or just about all social media platforms, you would have seen or interacted with a few of the second type as well. 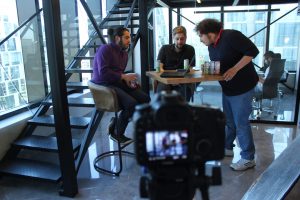 The first type tends to be more subtle and can be mistaken for “really nice people.” While they might be “nice,” in truth, they are akin to what psychologists refer to as passive-aggressive.

Strokers are the ones who pretend to not notice that something is wrong. It could be with someone’s behaviour or a situation. Intent on not rocking the boat, particularly their own, they will accept other people’s disgusting behaviour. These strokers are eloquent, present themselves as rational and calm but they are aggressively pushing an agenda. There are many of this type on television, in North America, but across the world. They are called political pundits but they are strokers.

Aiding and abetting situations, speeches, rhetoric, practices, etc instead of calling shit for what it is, they pretend it’s a cookie. Sensible people recognize what they are doing but sadly too many are beguiled and eating it up. Not me.

You’re telling me that if I just, eat shit politely with a knife and fork, and just learn to swallow the handfuls of bullshit that he serves up to me then everything will be just a-okay” Julia Roberts in ‘Something To Talk About’ 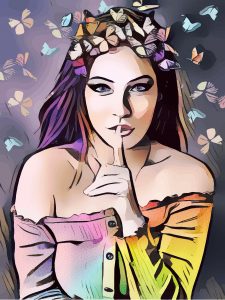 They are the gossips.

The stirrers are the ones, as the saying goes, “Who talks shit to you, [and] usually talk shit about you.”

Take the woman at the office. She has the most to say about the boss and/or the company to anyone willing to listen, hopefully, you are not one.

That guy who encourages you to do something that your gut tells you is wrong? He is a stirrer.

Like the stroker, this type comes across as suave and has the scoop. Their talk is sweet but their deed smells to hell!

Stirrers are in your family, not just on the street or at the office. There are in-laws who are known stirrers. You might have a sister who causes no end of trouble at Thanksgiving dinner.

Another quality that these people have is the ability to quickly disappear. When the crap that they peddled to you hit the fan – they are gone!

There comes a point when they have brought enough drama to your life, that you have to tell them straight up. “I just did some calculations and I’ve been able to determine that you’re full of shit!”

We all have shit on our shoes. We’ve just got to realize it so we don’t track it into the house.”  Karl Marlantes

When you learn to not only identify the strokers and the stirrers but to distance yourself from them, you become a survivor. Knowing when you have been dipped into a bucket load is key.

It can take a few dips, possibly a drowning before you finally get it. That was my case when it came to credit cards and debt generally. For some, it is a health issue, one that is ignored until you land up in the emergency room. Alcohol and drugs have a way of doing that for others.

“I knew I was in deep shit. I didn’t know how deep—just that I still hadn’t touched bottom.” Sol Luckman

Rock bottom can be far down. Novelist Jasper Fforde puts it this way: 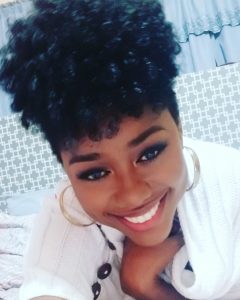 This week, we will share with you the journey of a young lady along “Shit Street.” Her name is Alissa and she is one of our latest clients. Check out our Facebook page, like and follow us there as well as on Instagram to hear more about her.

Which are you? Stroker, stirrer or survivor? A bit of each? Not sure or the journey to healing has only started? As a former stirrer, yes I was, let me tell you, it is not as difficult as you think to get over it.

We are helping Alissa along further along her journey and can help you as well. Drop a comment or fill out our request for support form and one of us will be in touch.