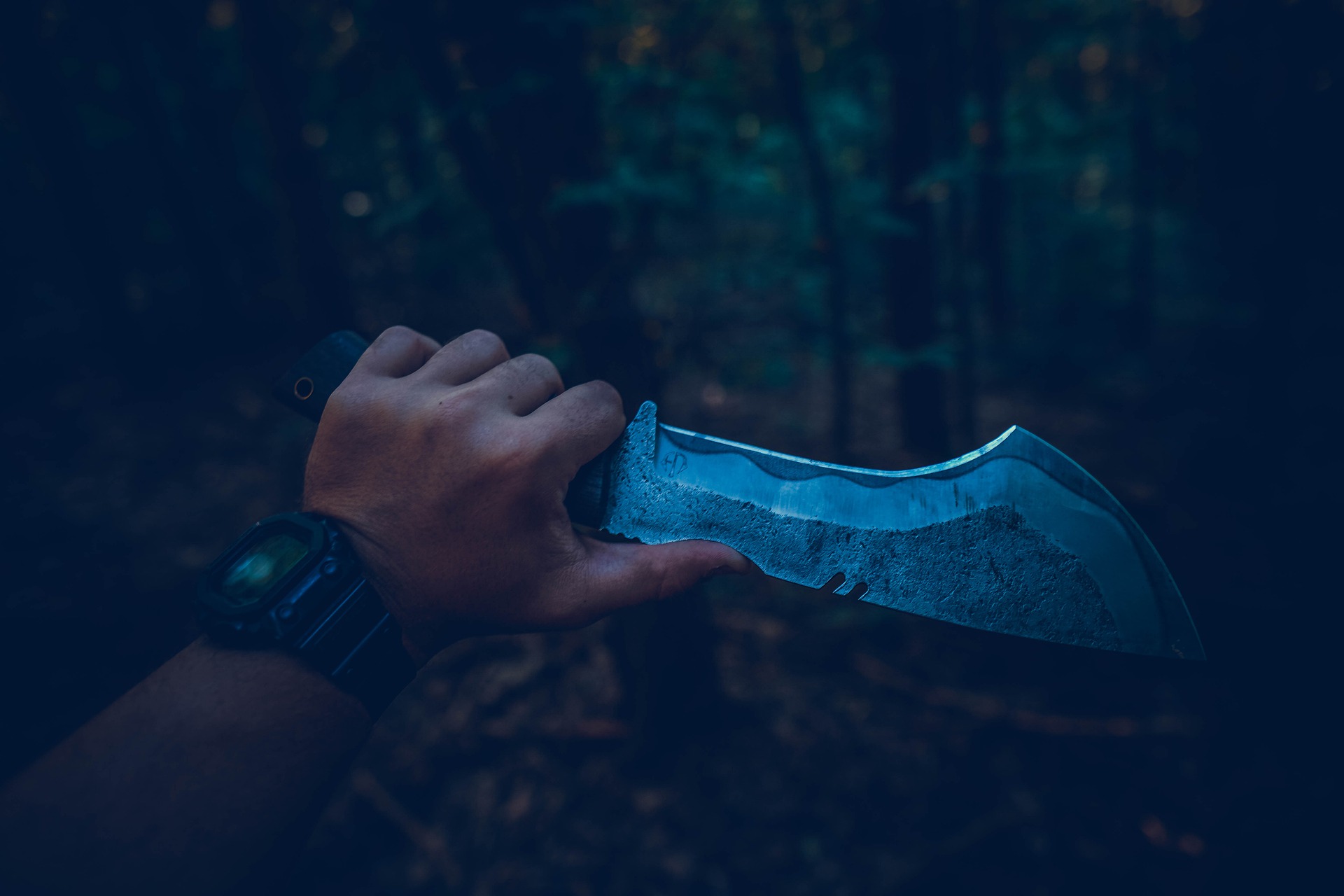 Cut-throat Competitive: Are You Like That? Here Is Why You Should Reconsider Your Approach

Cut-throat competition, according to the Collins Dictionary means:

If you describe a situation as cut-throat, you mean that the people or companies involved all want success and do not care if they harm each other in getting it.

Are you such a person as described by Collins Dictionary? Not sure? Okay, watch this video, although it refers mainly to business and finance, you are smart enough to see how it applies to interpersonal interactions. Watch.

Having A Competitive Edge

So, answer the question now: are you cutthroat competitive? The win at all cost type of person? Whether it is in business or love, you are the type who believes that unless the other’s blood is on the ground the battle is not over.

Years ago, in one of my many desperate attempts at being an entrepreneur, I became involved in the herbal supplements industry. Relevant here is not the fact that selling is not my cup of tea. The gem of this story is the look of horror that went across my then team leader’s face with my mission statement. What did I declare?

She was horrified by my statement that my sole intention was to surpass her sales record. This woman was the top distributor of this particular brand of herbal supplements in Jamaica. She was earning hundreds of thousands of dollars in direct sales and commission on the sales of her team. 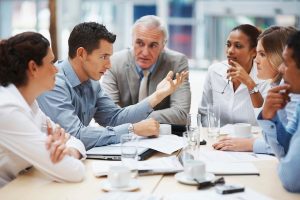 Once every month, we attended team meetings geared to pump up sales and enthusiasm for the products. We were regaled with the success stories of people who entered the business with very small investments and in a few years were living the life of the rich and famous. In addition to these monthly company-wide gatherings, the team leader always had a select group over to her home. She wanted to make sure we understood the vast potential of the “opportunity” – that was the code word for ‘the business’. My eyes almost popped out of my head with the understated yet opulent décor of her home. She lived in a mini-mansion in the hills and had a view of Kingston and St. Andrew from the main balcony. I was hyperventilating when I saw the spread she laid out for us.

One Of Us Will Be Bleeding

A few weeks later, after seeing the real possibilities of the ‘opportunity’, I made my declaration. At that time, I did not understand why she was so surprised at my competitive stance. Was I not supposed to obtain her wealth and stature in the ‘opportunity’?

She would later explain her look to me. At first, it was difficult to wrap my brain around her explanation. This wonderful and demure woman advised me that being cut-throat competitive was not the attitude to take. That attitude, she said, was not how you build and sustain a healthy team and business. Apparently, she had built her ‘empire’ on compassionate ambition, not competition. That business model was unknown to me. 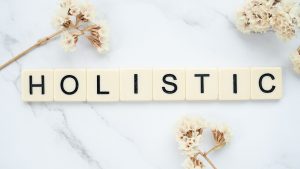 Principles Of Her Business

You see, this woman had taken her spiritual principles into her business.

This lesson would come back to me repeatedly over the years. One morning 14 years ago, I remembered this story while watching a television evangelist. He was speaking about jealousy. His words, “jealousy is at the roots of your competitiveness,” caused me to stop and ponder the truth of this statement in my life.

It would come back to me over and over again. One of those occasions was a few years ago when my eyes were opened to the manipulation of a ‘leader’ in the company where I was employed. As recently as about a month or two ago, it happened closer to home.

Certainly, I have been competitive and would venture to say that to some extent still am. However, not to the cut-throat extent I once displayed. Learning about the connection between jealousy and competitiveness was a pivotal moment. Now, I would rather walk away than getting into a fight over spoils, even what might be considered rightfully mine. 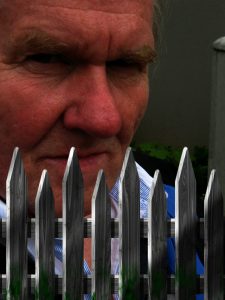 Are we not entitled to get our own? So what then if you have to be assertive and even ‘push’ would-be obstacles (read as people) out of your way?

Pondering these two questions, that team leader and our last exchange came to me. I never made it in that business suffice it to say. She, however, continued to rise and the last I heard, which was years ago, she made millions. In my jealousy and envy of her material opulence and abundance, I missed her spiritual maturity. Her understanding of the fundamental spiritual principle that this is an abundant Universe with enough was profound.

Growing up, I was spoon-fed a diet that this is a cruel world with limited resources,  enjoyed only by the rich. It would take a few years before I could even begin to fathom what this woman clearly knew. My early lesson was that for a girl of African-descent living in a so-called Third World country life will forever be tough.

It was a lesson that took a long time to start unlearning. The experience with that team leader in my late twenties was the first step. Unlearning the idea that one has to “push and shove” and step on other people’s back to get into my white picket fenced home had deep roots.

Since then, through my lived experiences, what has become clear to me is this.

Life does not have to be lived in constant struggle and competition with the world.

Make no mistake, there is no naiveté in me that would cause me to think that this is a bed of roses. Life challenges are real and people do try to manipulate, compete and sabotage each other’s progress.

You Choose Your Response

The colour of one’s skin, your gender, your socioeconomic background are all some of the reasons other’s might try to impede your progress. However, there is one thing that this herbal supplement superstar, the televangelist and the many spiritual teachers that I have had the opportunity to learn from all agree on. They have proven it by their living. It is that we each have a choice about how we will respond to life’s challenges. 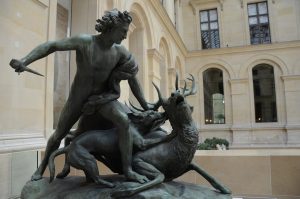 For a long time, my automatic response was to approach ‘opportunities’ with a competitive, do or die attitude. What I failed to fully appreciate well into my 40’s was the basic principles of life. “Like attracts like” and “what you give you receive.”

Discount them if you will, but do not continue to be surprised when your cut-throat competitive attitude brings more throats to cut. You cannot say that no one told you that eventually, you will slit your own throat.

That is not meant literally. Every single one of us can and does (consciously or unconsciously) chart our course on this journey. It is up to you and me to decide whether it will be riddled with envy and jealousy; always striving after what the neighbours have. Or will it be peace-filled and thankful for what you have and what is still possible using the gifts and talents that you were endowed with?

Now almost 30 years since my first learning about these principles, life has changed over and over. The spiritual teachers and guides at whose ‘feet’ I have had the privilege of learning, including Jesus the Christ, also agree that what you ‘see’ is what you get.

If cut-throat competition, fuelled by jealousy, envy and a belief that there is not enough in the Universe, is all that you see, then that will be your experience in all your relationships. Today, actually for some time now, I have followed the adage: “Change your view and change your life.” 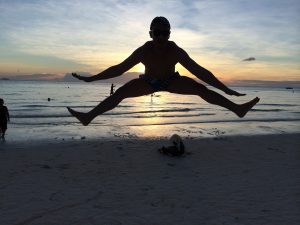 The now-famous words of Michelle Obama, “When they go low, we go high,” are ones to live by. Actively change the window that you are looking through and move more earnestly into being compassionately ambitious!

One thought on “Cut-throat Competitive: Are You Like That? Here Is Why You Should Reconsider Your Approach”