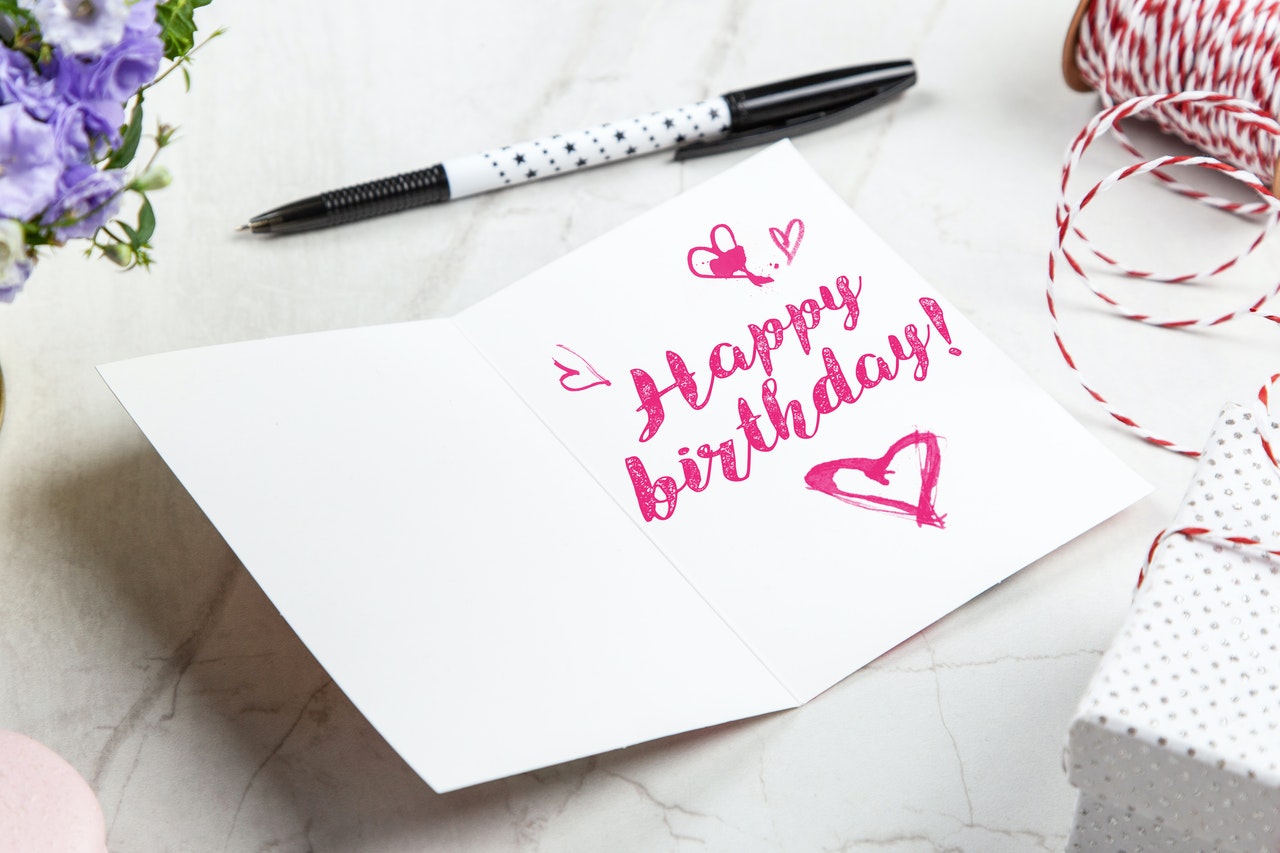 Happy Birthday To Me! One More Year Completed And Cheers To New Beginnings

Happy Birthday to Me, the woman that I now am.

For my 50th birthday, my daughter, first granddaughter (she was the only one at the time), and I made our way to the land of my birth, Jamaica. The reason for the trip was mainly to celebrate my half-century and what a blast it was!

My birthday this year will be far less eventful, yet memorable. As the years go by, my birthdays are taking on certain characteristics and intensity. They now have a meaning that was not present throughout my 30’s and not to mention younger years. This deepening started with my 45th birthday. 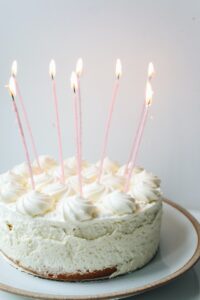 Milestones in my life are marked either by a number or an event. As this post is about turning 56, allow me to recall some milestone along the way.

Sixteen was a big year for me. Sweet Sixteen, we called it back then. Whatever else was going on in my world that February, turning 16 made everything beautiful.

My mother had this tradition of throwing a birthday party to mark every year of my birth. I had visions of a celebration like no other for my 16th birthday. The reality was, however, that there would be no débutante ball for me. That was beyond my mother’s very meagre income. In the end, my dress was homemade and the neighbourhood hairdresser did my then shoulder-length hair in a Farah Fawcett ‘do. The food was plentiful. I was expecting the love of my life – at that time – to be there. He was truly tall, dark and handsome; a football player and a heart-breaker.

And that he did. Errol broke my heart that night by not showing up to open the dance floor with me. 34-odd years later I cannot recall who actually shared the first dance with me.

That was the last official birthday party my mother would throw for me.  Funnily, it was to be the last milestone birthday celebrated in such a fashion for a long time.

1995 – My thirtieth year on this Earth. There was no party to mark this milestone. Other things had taken on greater significance. Celebrating my birth was not one of them. Raising a 7-year-old child, career building, trying to stay afloat financially in an economy that was tanking faster than the Titanic and grappling with my identity was far more pressing concerns than a night on the town.

The next big anniversary should have been my 40th birthday. Instead, for several reasons, it was my 41st that was celebrated with a party. This was the first in years. I had heard many times before that 40 were the “freedom years.” I had no greater sense of freedom, however, on February 15, 2006. My age felt like a burden. See, my life was nowhere I had imagined it would be. Now living in an age-conscious North America, I wondered whether things would change for me anytime soon as a still relatively new immigrant to Canada.

The bright spark of my 40th year, however, was my daughter’s 18th birthday. It was marked with a befitting celebration of her life. This included, of course, a well-laid table that would have made my mother proud. Looking back, my 40th year was in fact the beginning of the freedom years although I could not see it then. While I deeply grieved my daughter moving out from under my roof less than a year after turning 18, it later became clear how that was masterminded and why.

Happy Birthday And The Big Question

Forty-five for me was the midway point between the beginning of freedom and the big 50.

During that year, 2010, a preacher asked my permission to tell a portion of my story. He was intrigued by the fact that my life seemed to be going well after a great big fall. Yet I was still asking the question – Why? The point of his sermon, it appeared to me, was life is a big question.

My favourite preacher man of all times, Bishop John Shelby Spong, put it best – “You are the question.”  At that midway point in my life, I have wondered what was the question that I was posing?

What Do You Want To Be?

“Cutie, what do you want to be when you grow up?” my mother would ask me. The answer was never far from my lips. “A doctor,” was my eight-year-old answer because that is what my neighbour, Janice, said was her future career.

Gracie and Janice were my next-door neighbours for years. Whatever they did was what Cutie (the nickname that my mother gave to me) was going to do. They went to St. Hugh’s High School. So it was my first and second choice for higher education. Janice became a medical doctor and Grace earned a degree in microbiology.

I, however, eventually asked a different question. “Why can I not be a leader of my country and help women come into their own?

That took me to Eastern Europe to study and where I became a mother. Since that time, the question has adapted and changed so many times.  Each answer took me along paths I could never have imagined. It took me through the civil service of Jamaica, supporting and working for political campaigns, quasi-diplomatic position in CARICOM. Later, I was serving a religious organization, then migrated to Canada. Here, I walked along the roads of theological studies and hospital and prison chaplaincy. Sales and marketing were also on the horizon.  Yet, with every adjustment of the question, there was great learning and tools for my survival kit.

At 45 years old, a Canadian citizen, living in Southern Alberta, with a nice house, married, two dogs, a brand new truck and a career with the federal government, the doors kept opening. You would think that question time was up.

Far from it. But 45 felt to me like an “in the meantime” moment. It was a place of clarity and visioning my future as an ageing parent and friend to my daughter. I saw myself as a loving but firm Grandmother, as well as a Lover and Companion to my then-husband. Looking ahead, I also saw myself as a compassionate Elder to strangers and a productive Senior Citizen. 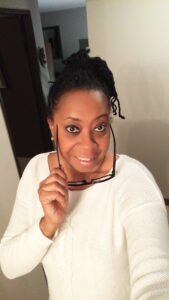 Admittedly, I was not totally comfortable with some of those emerging identities. There was a part of me that wanted to fight the ageing process. My long legs still looked gorgeous in shorts and shorter skirts. The ankles were still slender. My skin, although needing the more frequent application of moisturizer and lotions, was still taut and my neck is not sagging. No, I would not chance to wear a bikini on the beach but my butt still looks good in tight pants.

My heart, however, was in a different place. No longer did I need the excitement of a big party, the spotlight or a campaign trial. The few close friends that formed my inner circle and who were part of my extended family were enough. My home is my sanctuary.

Then, the only thing sweeter than talking to my daughter at least once a day and hearing her call me “Mummy,” even at 22 years old, would be to hear the words “Grandma,” from her offspring(s).

Robert, my husband at the time, gave that leg of the journey meaning. He came into my life when a nunnery was looking like a fantastic idea. Trials and challenges we had but there was beauty in finding a partner at 40+ and one who had travelled his fair share of dark and winding roads.

Henri Arneil it was who said,

To know how to grow old is the master-work of wisdom, and one of the most difficult chapters in the great art of living.”

Obviously, elements of this story have evolved since my last review of my birthdays.

Robert’s journey with me ended a couple of years after it began. Domestic violence is something that I will not excuse, having been battered and hospitalised in the 1980s. He tried that crap and it was over.

One calls me “Gramma” and the other one has not yet figured out what her name for me will be. My two darling granddaughters, one six-years-old and the other 19-months-old are the loves of my later life!

“Never say never,”  we are old told. Went back on my “never” and remarried in 2020 and became a widow five months after doing so. Wayne Andrew Campbell was the dark horse who should have been my companion to the end of this life’s road. Instead, as it turned out, I was his. 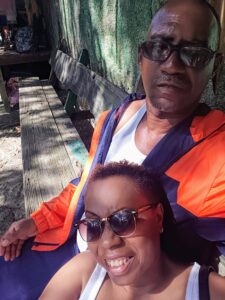 A year plus into the COVID-19 pandemic, I am celebrating my 56th spin on Earth. Saying that is has been bittersweet, challenging and a trying year is an understatement. Lost a husband and a couple of friends. The latter not to death but to a mutual agreement to go our separate ways.

What now? Frankly, I have no clue. Let us see.  Doing the “work” of Daughters of Sheba Foundation gives me joy and the hours pass by without me even noticing as I develop creative material for our Facebook, Instagram and Twitter profiles.  Daily Dose of Inspiration© is one of my favourite creative endeavours because I get to share my lessons learned and learning.

Maybe this post will be updated for the 57th year. Maybe not by me. However, it turns out, my love for you all is neverending.

Happy birthday, to Me,

2 thoughts on “Happy Birthday To Me! One More Year Completed And Cheers To New Beginnings”