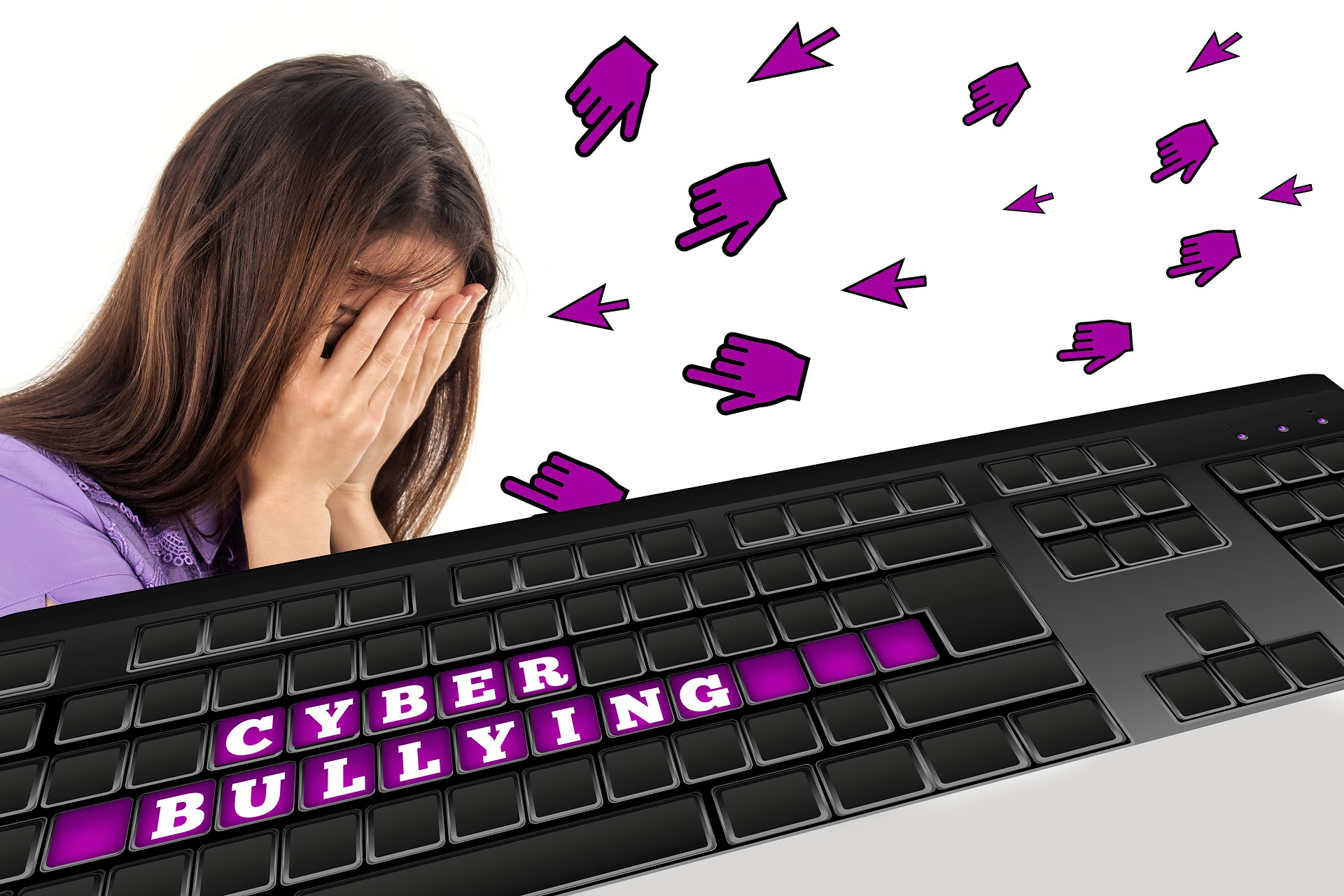 Don’t Be A Bystander: Five Steps To Fight Cyberbullying

Cyberbullying: Don’t be a bystander: Five steps to fight it by Nadia Naffi, Concordia University

Never in the history of humanity has bullying been so inventive and thus destructive. Cyberbullies exploit this digital age to spread hate. They intentionally and repeatedly use the internet to cause harm, fear or distress to people. Their behaviour includes harassing individuals they consider weak and defenceless, denigrating them and harming their reputation, typical of hate speech spreaders. Although cyberbullying has become destructive and feels unstoppable, there are techniques for dealing with it.

Feeling helpless and alone facing the cyberbullying beasts, Megan Meier, Amanda Todd, Todd Loik and many other youths have taken their own life to flee the inhumane emotional pain they experienced.

They are not alone. Cyberbullying victims are twice more likely to attempt suicide, especially when passive bystanders witness their suffering and do nothing. Some live stream their own suicide in a desperate attempt to get attention.

The majority of bullying — 85 per cent — happens in front of other people and yet, a recent Ipsos survey conducted in August 2017 on behalf of the Canadian Red Cross revealed that only one-third of Canadians who witnessed cyberbullying stood up to it.

Indigenous peoples, LGBTQ+ groups, Blacks and refugees are amongst the groups that are at a greater risk of cyberbullying than others.

Not long ago, U.S. President Trump’s cyberbullying behaviour gave the green light to his followers to further victimise Muslims and refugees online. This led to a 600 per cent increase in online hate speech in Canada.

Cyberbullying is not limited to one context. When it happens, it derails human potential and we all bear the consequences. For this reason, many actively try to find solutions to stop it.

Yet, it still flows.

Some propose to address cyberbullying in workplace policies, code of conduct and training resources. Others focus on encouraging parents to help children develop empathy or share with educators strategies to protect their students from cyberbullying and help LGBTQ students to feel safe.

The Royal Canadian Mounted Police Centre for Youth Crime Prevention shares its definition of bullying and cyberbullying and explains what individuals should do in case they are bullied or witness bullying. The Canadian Red Cross provides tips to help youth protect themselves and stand up to cyberbullies.

Anti-bullying campaigns such as #SpreadKindness, #ERASEBullying and #enoughisenough promote healthy relationships between youth and encourage victims to speak out and share their success stories of overcoming bullying and cyberbullying.

On Feb. 28, many Canadians will wear a pink T-shirt and share one slogan: “Bullying stops here! Together we can make a difference.” The main goal of the Pink Shirt Day anti-bullying campaign is to start conversations.

As bystanders, we have a moral and ethical obligation to protect them from cyberbullying targeting them.

Get Ready To Act

Cyberbullies thrive in contexts of real or imagined power imbalance. To end cyberbullying, we need to ensure a power balance. This will happen when bystanders are actively involved.

More Canadians must take action when they witness cyberbullying. The results of my recent doctoral research confirm that this is possible.

Passive bystanders can become agents of change, but not in a snap of a finger. They need to examine and address what holds them back and become equipped and empowered to actively counter social media propaganda and cyberbullying.

The Get Ready to Act Against Social Media Propaganda model I propose based on the results of my study facilitates this process.

I met 42 youth between 18 and 24 years old from Canada, the U.K., France, Belgium, Germany, Portugal, Italy, Poland, Greece and Lebanon to discuss the mass cyberbullying targeting Syrian refugees and Muslims.

The violence shared on social media disturbed these young adults. Yet, almost all opted to act as passive bystanders because they did not believe their actions could make a difference. Once we started our in-depth discussions, they recognized their inaction was contributing to the triumph of hate speech.

Then, they designed strategies to counterbalance social media propaganda. They addressed factors that influenced their move to action, and they evaluated their readiness to act.

Here are the five stages of the Get Ready to Act Against Social Media Propaganda model. Each stage builds on the previous:

Stage 1 – Question: What is my position?

In the question stage, we explain our stance on a controversial issue targeted through social media propaganda and cyberbullying. We ask ourselves: What is our position and why? By recognising our beliefs and by trying to understand their origins we set the stage for examining our behaviours.

Stage 2 – Analyze: How do I explain my reactions?

In the analysis stage, we identify the passive bystander behaviours we currently exhibit when we encounter or are targeted by cyberbullying. We discuss how we interpret these behaviours and explain the reasons behind them. We also examine our networks’ behaviours and how we react to them. At this stage, we should ask ourselves which online social media posts draw our attention and why. We should examine, question and explain our own reactions and how we interpret those of our social network to cyberbullying behaviour.

Once our stance is identified and our current behaviours examined, we engage in the design stage. In this stage, we create our own online digital counter-propaganda counter-cyberbullying strategies. These strategies are based on our social media skills and the cyberbullying behaviours we recognised in the analysis stage. At this point, we should set our goals for designing an anti-bullying campaign. Who is our audience? What skills do I need to help and what actions can and should I take? Why?

Stage 4 – Prepare: What holds me back from action?

After these strategies are detailed, we consider the catalysts and the inhibitors of our move to action. Designing strategies does not imply their implementation. Thus, in the preparation stage, we recall the factors that motivate us to engage in the counter-cyberbullying actions and address the factors that could hinder our agency. We must ask ourselves: Do I care enough to act? And we should find out what holds us back from acting and figure out how to eliminate barriers to action.

The evaluation stage is mandatory before actually moving to action. In this stage, we evaluate our readiness to act. At this point, we have already determined our positioning in regards to the sensitive and controversial issue, we have recognised the reasons why we acted as passive bystanders, we have designed a clear plan for action and we have addressed the factors that could hold us back. Questions that remain are: Are we confident enough to act or is a return to a previous stage needed? How confident am I to actively engage in the anti-bullying counter-propaganda actions I planned?

This model, which I created based on the results of my research, works on the idea that learning about oneself and understanding one’s own behaviours in cyberbullying contexts is key to transforming passive bystanders into agents of change. It helps youth delve into the issues and face what holds them back.

The model is a potential solution to disrupt hate discourses and cyberbullying. Its strength lies in its adaptability to contexts where “othering” occurs and is heavily influenced and reinforced by social media.

In these contexts, refugees, indigenous people, LGBTQ+ groups, Blacks and other groups are victimised through social media and many people opt for a passive bystander stance while their agency could make a difference.

On this Pink Shirt Day, I urge civic educators, social workers, curriculum developers, policymakers, parents and all Canadians concerned with the takeover of social media by hate speech proponents and cyberbullies to use the Get Ready to Act Against Social Media Propaganda model to help passive bystander youth become ready to act as agents of change.

This is an updated version of an article originally published on Feb. 20, 2018.