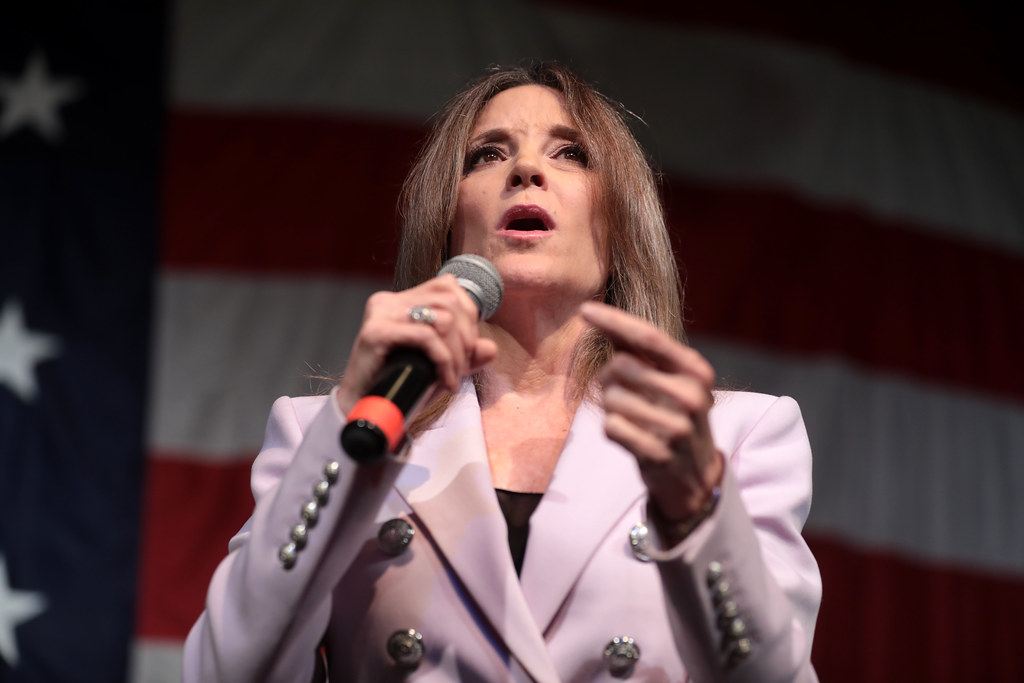 Marianne Williamson And The Religion Of ‘Spirituality’

Marianne Williamson and the religion of ‘spirituality’ by Galen Watts, Queen’s University, Ontario

Marianne Williamson recently burst onto the political scene as a somewhat unconventional candidate vying for the Democratic Party’s presidential nomination in the United States.

While she has never garnered more than two per cent in the polls and did not qualify for the third debate — meaning it’s likely her run will come to an end soon — her remarks during the first two Democratic debates, as well as her personality and unconventional campaign parlance, have provoked many media responses.

What distinguishes Williamson from other candidates is her personal and professional background. Prior to her foray into politics, she was internationally renowned self-help and spiritual author and speaker, known for penning bestsellers like A Return to Love.

A child of the 1960s, Williamson was significantly involved with the New Age and Human Potential movements, even spending time working at Esalen Institute in California, the American “mecca” of alternative spirituality.

Marianne Williamson: Calling for an awakening

Williamson unapologetically infuses her interest in spirituality into her political campaigning.

On her website she calls for “a moral and spiritual awakening” in America, speaking to those who are “seeking higher wisdom.” And in her closing statement at the first Democratic debate, she proclaimed that she will harness love to defeat President Donald Trump.

A number of pundits have mocked Williamson. But the more common reaction is puzzlement: many just don’t know what to make of a renowned spiritual and self-help teacher running to lead the Democratic Party.

I believe this is large because few are familiar with the history of alternative spirituality in North America and its ties to progressive politics.

Spiritual But Not Religious

We have seen a dramatic rise over the last few decades in the number of North Americans who self-identify as “spiritual but not religious.”

Those in this group, while certainly diverse, have deep spiritual interests, often champion something like the existence of a higher power, remain wary of orthodoxy and place a premium on individual autonomy.

It is these people to whom Marianne Williamson appeals. And while they might view themselves as seekers who don’t adhere to traditions, there is a longstanding tradition of alternative spirituality in the West.

In Spiritual but not Religious: Understanding Unchurched America, religious historian Robert Fuller sheds light on the various metaphysical movements that emerged in the 18th and 19th centuries in America.

These include Swedenborgism, Transcendentalism, Spiritualism, Mesmerism, Theosophy and New Thought, each of which — despite being relatively unknown to most people — have significantly shaped the “spiritual but not religious” trend.

These movements were certainly theologically different, but nevertheless, like Marianne Williamson and her followers, they postulated the existence of unseen forces and championed the importance of both mystical experiences and individual freedom. If channelled appropriately, those forces could purportedly lead to self-empowerment.

The influence of these movements was far from marginal in American society. They often attracted well-known writers, politicians and artists. Ralph Waldo Emerson, often called America’s national poet, was an avowed Transcendentalist, as was Henry Thoreau, a committed civil right, activist and author.

Others who belonged to some of these movements include psychologists William James and Carl Jung, philosopher Rudolf Steiner and biologist Alfred Russell Wallace.

The Spiritual Is Political

Historian Leigh Eric Schmidt of Princeton University usefully traces the historical ties between these movements and progressive democratic politics in the U.S. in Restless Souls: The Making of American Spirituality.

Schmidt observes that many of the leaders and spokespeople of these movements were ahead of their time, both socially and politically.

For instance, Margaret Fuller, an early Transcendentalist and confessed mystic was also a staunch advocate for women’s rights in the early 19th century. So was Elizabeth Cady Stanton, a women’s suffrage activist who sought to claim the privilege of autonomy for the female sex in The Woman’s Bible, published in 1895.

Walt Whitman, the famous American poet and writer – as well as a “curious inquirer into clairvoyance and Spiritualism” – championed, in cosmopolitan fashion, “the good in all religious systems,” according to Schmidt.

Felix Adler, a Reform Jew and founder of the Society for Ethical Culture, published 1905 The Essentials of Spirituality, wherein he championed the importance of “doing justice to that inner self” in order to do “justice to others.”

Finally, Ralph Waldo Trine, a proponent of New Thought and author of the successful In Tune with the Infinite, depicted God as a spirit of infinite life akin to a “reservoir of superhuman power.”

And though Trine’s doctrines were eventually appropriated by entrepreneurial and materialist ministers such as Norman Vincent Peale in the mid-20th century, Trine himself was a staunch progressive and social reformer. He was also a committed vegetarian, playing an active role in the Massachusetts Society for the Prevention of Cruelty to Animals.

Why Is Marianne Williamson So Mind-boggling?

In light of this history, Schmidt concludes:

“The convergence of political progressivism, socioeconomic justice, and mystical interiority was at the heart of the rise of a spiritual left in American culture.”

It’s therefore worth asking why a candidate like Williamson so boggles the modern-day mind. 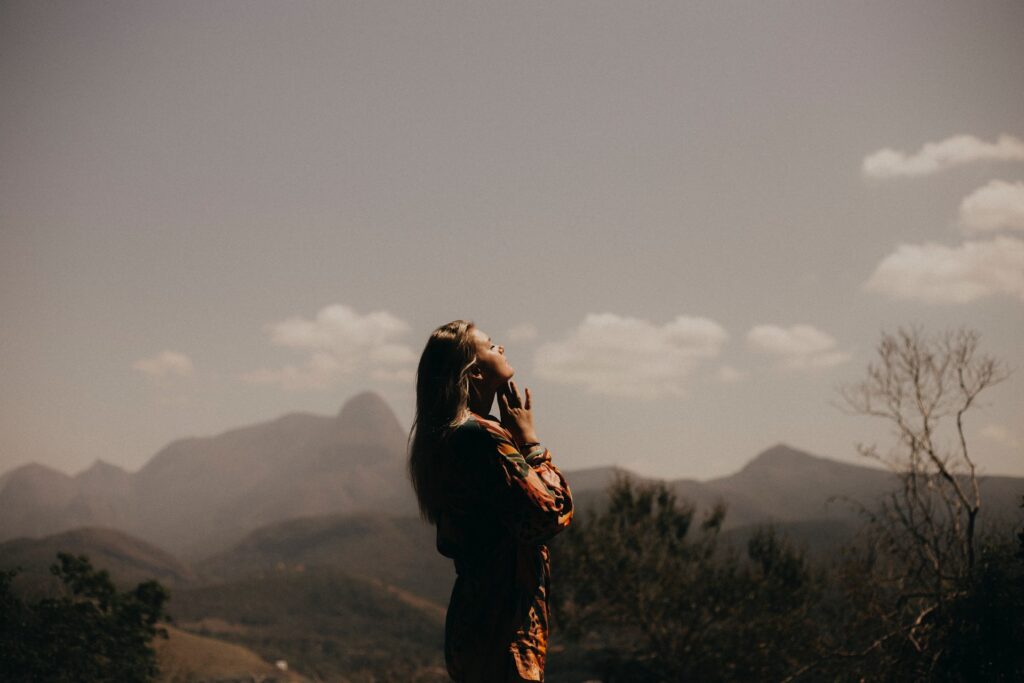 In part, it has to do with the way alternative spirituality developed over the 20th century. The New Age movement of the 1970s was arguably the most prominent. And while the “New Age” label may today be out of fashion, many ideas that were once championed under its banner remain strikingly popular.

In fact, it’s likely that many who call themselves “spiritual but not religious” subscribe to a set of ideas and engage in a variety of practices that were once central to that counter-cultural movement. And carrying forward a long-standing tradition, these ideas tend to appeal to the left.

Religion, after all, is increasingly associated in the U.S. with social conservatism. In turn, for many progressives, especially millennials, “religion” is no longer considered a viable option.

Of course, one of the tenets of New Age thought, at least in its most radical form, is that politics is a distraction from what really matters: self-transformation and spiritual enlightenment. So for those with spiritual interests, cosmopolitan and inclusive spirituality of Williamson has an obvious appeal.

This may be why the image of Williamson as president is so difficult to entertain: we tend to think spirituality and politics just don’t mix.

But that’s at odds with the actual history of spirituality in America. Perhaps those who are “spiritual but not religious” will stop drawing a line separating the spiritual from the political. And if this happens, maybe the thought of a Williamson presidency won’t seem so implausible.