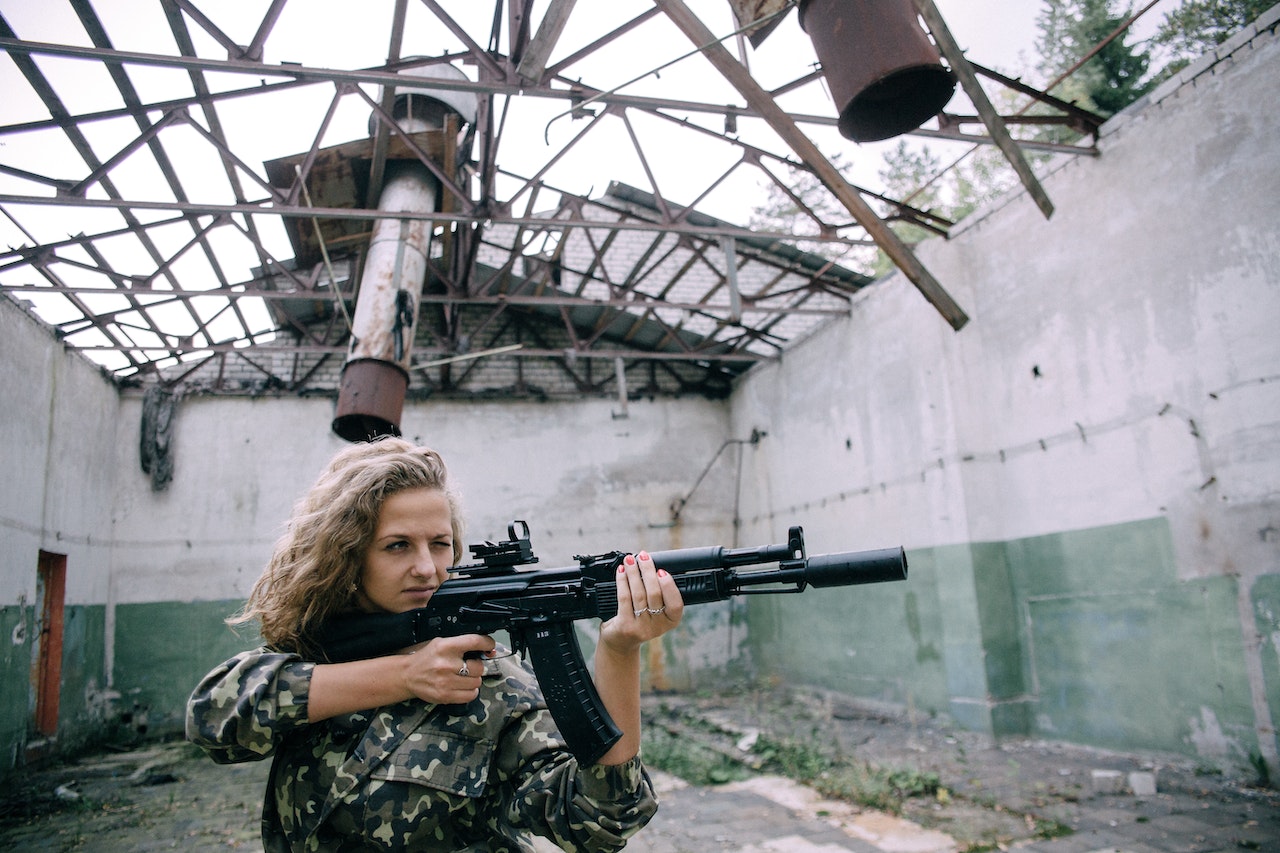 When Russia And Ukraine Eventually Restart Peace Talks, Involving Women Could Be A Key Factor

“When Russia and Ukraine eventually restart peace talks, involving women – or not – could be a key factor in an agreement actually sticking.” by Briana Mawby, University of San Diego

Ukraine and Russia launched peace talks just days after Russia invaded in early February 2022 – but since then, peace negotiations have started and stopped multiple times.

Now, more than six months after the invasion, peace between the two countries seems far off.

Gannady Gatilov, Russia’s ambassador to the United Nations in Geneva, said on Aug. 22, 2022, that he does not see any imminent possibility for a diplomatic solution.

Ukrainian women have had a large presence in the war, from joining the military and leading humanitarian work to becoming breadwinners and taking on new jobs. While it is unclear how or when peace negotiations may resume, it is easy to spot the conspicuous lack of women around the table during previous rounds of peace talks between Ukraine and Russia.

As a researcher focused on gendered experiences of conflict and crises, I think it is important to understand that including women – if they are from varied backgrounds and can participate in a meaningful way, not in a tokenistic manner – in talks to end war is critical for building more effective, longer-lasting peace agreements.

Peace talks are complicated procedures that, more often than not, do not result in an actual peace agreement. The negotiators at the table are typically members of a political or military elite and are individually selected by leaders of warring parties.

Women’s participation in peace talks has been shown to have a strong impact on the way these conversations proceed – and whether they lead to lasting peace – in several key ways.

A 2016 study on 40 peace processes conducted since the end of the Cold War, for example, found that when women’s groups are able to exercise a strong influence on the negotiation process, there was a much higher chance that an agreement would be reached, compared with when women’s groups had weak or no influence.

When women participate, it’s also more likely that a ceasefire will last, rather than remaining words on paper.

Women also tend to help shape the outcomes of an agreement. In Northern Ireland, Guatemala, Kenya and the Philippines, women envisioned peace beyond just ending immediate fighting. In these cases, they adopted a longer-term view, planning for economic growth in a post-conflict period, for example.

Women have helped lead formal negotiations to end wars in places from Burundi and Colombia to Kenya and Northern Ireland.

But it’s more often that women do not participate in peace talks. Women made up 6% of mediators, 6% of signatories and 13% of negotiators in the major peace processes that took place from 1992 to 2019.

Many obstacles prevent women’s meaningful participation in peace processes, particularly when there is no official policy or agreement to ensure their involvement.

This exclusion is often driven by the idea that women are victims of conflict rather than political leaders, or that men hold most of the power in negotiating war and peace.

Peace Talks: The Case of Ukraine and Russia

Following Russia and Ukraine’s conflict over the eastern part of Ukraine and Crimea, the two countries signed the Minsk I and Minsk II agreements in 2014 and 2015 to end the fighting. But these deals were not successful at maintaining a ceasefire.

Only two Ukrainian women participated in the Minsk agreement process, with one serving as a Ukrainian humanitarian envoy and the other as a negotiations expert for Ukraine. These processes also did not welcome nongovernmental women’s organizations and other local community leaders at the table.

However, Ukrainian women did play a significant role in unofficial work related to peacebuilding in 2014 and 2015. They led conversations between communities in conflict with one another and advocated for policies to help women who had been displaced from their homes or who experienced violence.

Since Russia invaded Ukraine in 2022, women have stepped up their involvement in the war even further, documenting atrocities and potential war crimes, for example. Ukrainian women also make up about 15% of Ukraine’s army.

At the same time, the war is having a disproportionate impact on women and minorities, particularly around the ability to receive health care and get food, but also because of the sexual and gender-based violence, Ukrainian women have endured. 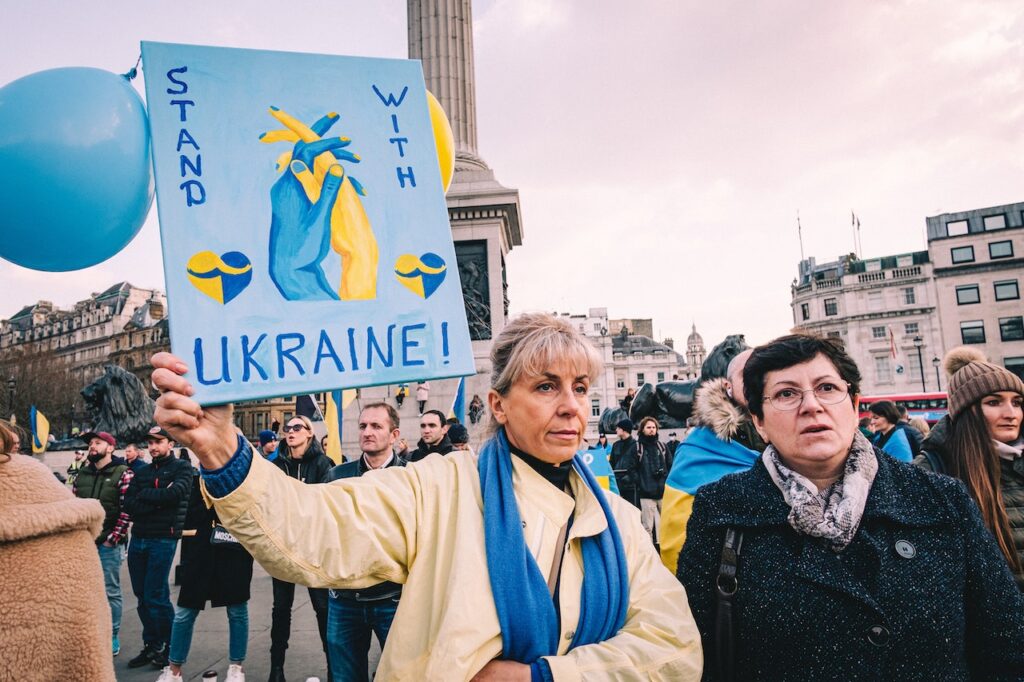 Still, what’s most important is how meaningful women’s participation actually is in peace talks, not just whether they are able to sit at the negotiation table.

This issue extends into whether women can influence the discussion and ultimate design of the peace agreement. This kind of democratization of peace negotiations is linked to a greater likelihood of a peace agreement explicitly ensuring rights for women.

Including women from a range of backgrounds, especially women from marginalized communities and people who have different gender identities and sexual orientations, can also help build a final agreement. Some women may work together across demographic or social lines in pursuit of common goals, but others may not.

Formal peace negotiations are not the only method of reducing conflict and building peace – women have long played a role in informal peacebuilding in Ukraine and in other conflicts in various ways.

However, peace talks are important processes that can set the stage for rebuilding stability.

Including women as decision-makers on the full range of issues involved in peace talks – including discussions about peace, security, economic recovery and governance – can help fully realize the benefits of lasting peace.